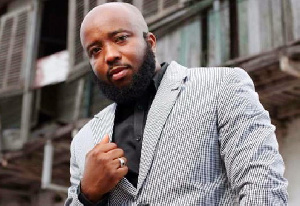 Ghanaian musician, Trigmatic has said he believes campaign songs can influence the voting behaviour of electorates, but not to a large extent as voters already know who they will vote for.

According to him, though music could stir up emotions, he does not believe campaign songs will be the reason someone will vote for a particular political party.

Trigmatic made these comments in an interview on Bloggers’ Forum on GhanaWeb TV when asked if campaign songs influence voters.

“…Maybe not to a large extent but yes it does. People are driven by their emotions and music has a way of stirring up your emotions but I don’t think it directly becomes a reason why someone will vote. Maybe (just) enjoy the music and maybe been able to associate with the music and loving it. Sometimes you can hear a song by party A been enjoyed by people party B so that is just that. I think sometimes people already know what they already going to with the ballot when they go to the voting space. I don’t think directly influences people in a large number.”

When the host, Abrantepa enquired if he has any intentions of producing a campaign song for a political party, he responded such proposal has not been brought to his table.

However, he will not personally involve himself in campaign songs as it comes with its repercussions.

Trigmatic, who is currently into rice farming, said he was introduced to rice farming by a friend which he failed on two occasions but finally became stable on the third try.

He said he first two attempts failed because of bird infestation

He urged Ghanaians who want to go into the field to engage Agric or extension officers for soil testing on a particular land before fully venturing into it.

Fight for integrity must start from our homes – Kufuor