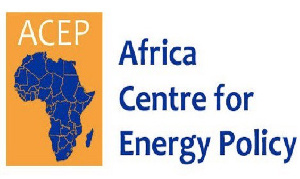 The Africa Centre for Energy Policy (ACEP), OXFAM, and the Friends of the Nation (FoN) have launched a campaign to ensure that adequate resources were allocated to the agriculture and education sectors to propel the country’s growth.

Dubbed: “Promoting Sustained Funding for Agriculture and Education in Ghana,” the campaign was to drum home the need for more of the oil fund to be infused into agriculture development, in particular, to enable the country cut down on importation.

It came out of a research conducted on how the petroleum revenue was benefiting others to the detriment of agriculture and education sectors.

Mr Benjamin Boakye, the Executive Director of ACEP, said infusing more of the oil fund into agriculture would put more money in the pockets of farmers to reduce poverty.

He hinted that Ghana still lagged behind in terms of research, training, technology and, therefore, urged the Ministry of Finance to critically pay attention to the agriculture sector.

“With education, the country had met some international obligations with consistent attention to the sector since 1995 but not without the challenges of teaching and learning materials and infrastructure,” Mr Boakye said.

The Act prescribes allocation of a portion of petroleum revenue to budgetary support through the Annual Budget Funding Amount.

Further, the Act requires the prioritisation of a maximum of four areas for ABFA funding. The priority areas are relevant to maximise the rate of economic development and promote opportunities to ensure the wellbeing of all citizens.

Mr Charles Gyamfi Ofori, who presented the research findings, said achieving the objective required investments in the priority areas as oil revenues acted as additional funds to existing development finance efforts of the government in those areas.

For almost a decade, physical infrastructure and service delivery in education and agriculture modernisation had featured as priority areas for ABFA allocation, he said.

“While it is important to assess the impact of petroleum revenue on all the prioritised sectors that received petroleum revenue, this study focused on the education and agriculture sectors,” Mr Ofori said, because they had the capacity to significantly contribute to economic diversification and provide human capital for economic growth.

The African Union (AU), recognising the importance of the agriculture sector to the economic development of its member states, committed to sustaining its growth and development through the Maputo Declaration in 2003.

The Declaration, among other decisions, directed governments to allocate at least 10 per cent of expenditure to agriculture development.

Mr Ofori said, additionally, African governments made a commitment to sustaining a minimum annual agriculture sector growth at six percent and on education, the United Nations (UN) adopted the Incheon Declaration in 2015 as a tool for ensuring inclusive and equitable quality education.

This Declaration requires governments to allocate at least four to six per cent of Gross Domestic Product (GDP) and/or 15 to 20 percent of total public expenditure to education.

However, Mr Ofori said government expenditure to agriculture and education, based on data under the Classification of Functions of Government (COFOG) from the Controller and Accountant General’s Department (CAGD), showed that Ghana had not been able to meet agriculture expenditure targets as outlined by the Comprehensive Africa Agriculture Development Programme (CAADP).

Contrary to reviews from the Ministry of Food and Agriculture, data from CAGD indicated that when actual COFOG measures were used, Ghana required an increase in efforts to meet the CAADP target of 10 percent of total government expenditure in the agriculture sector.

Mr Ofori said government had done well with education as the sector had met the minimum expenditure benchmark of 15 percent of total government expenditure and/or at least four percent of GDP, amidst persistent challenges.

For over a decade, government expenditure in education had surpassed the Incheon Declaration Benchmark of at least 15 percent of total expenditure.

Education received much attention from the Annual Budget Funding Amount (ABFA) allocation than the agriculture sector, he said.

On the average education had received about 90 percent of its planned ABFA expenditure between 2017 and 2019, compared to 33 percent for agriculture within the same period.

Mr Ofori said the findings had exposed the need for increased petroleum revenue allocation to education and agriculture to address the challenges of they faced.

He said government must ensure that planned ABFA allocation to the two sectors were fully disbursed.

Silos CF, a Spanish youth football team, has apologized to their opponents, SF Jucar, after they defeated them 30-0 on Sunday in a regional...
Read more
Local News

I Am Wise, I Can’t Support Something Bad– Prince David On NPP Campaign

Prince David Osei Actor Prince David Osei is not relenting on his calls on Ghanaians to retain President Akufo-Addo in the upcoming 2020 presidential elections. Speaking at the New...
Read more
Politics

Silos CF, a Spanish youth football team, has apologized to their opponents, SF Jucar, after they defeated them 30-0 on Sunday in a regional...
Read more
Local News

I Am Wise, I Can’t Support Something Bad– Prince David On NPP Campaign

Prince David Osei Actor Prince David Osei is not relenting on his calls on Ghanaians to retain President Akufo-Addo in the upcoming 2020 presidential elections. Speaking at the New...
Read more
Politics

Nigerian singer 9ice is pleading with fans and the general public to assist him in apologising to his wife for cheating on her.Taking to...
Read more
Politics